Tending to My Digital Garden

This has been a slow year for me. I'm going to write a little post to let you know what I've been up to, how I'm feeling, and what I'm planning going forward.

Also, I drew this RAM ram, so I decided to make it the new mascot of my site. 🐏 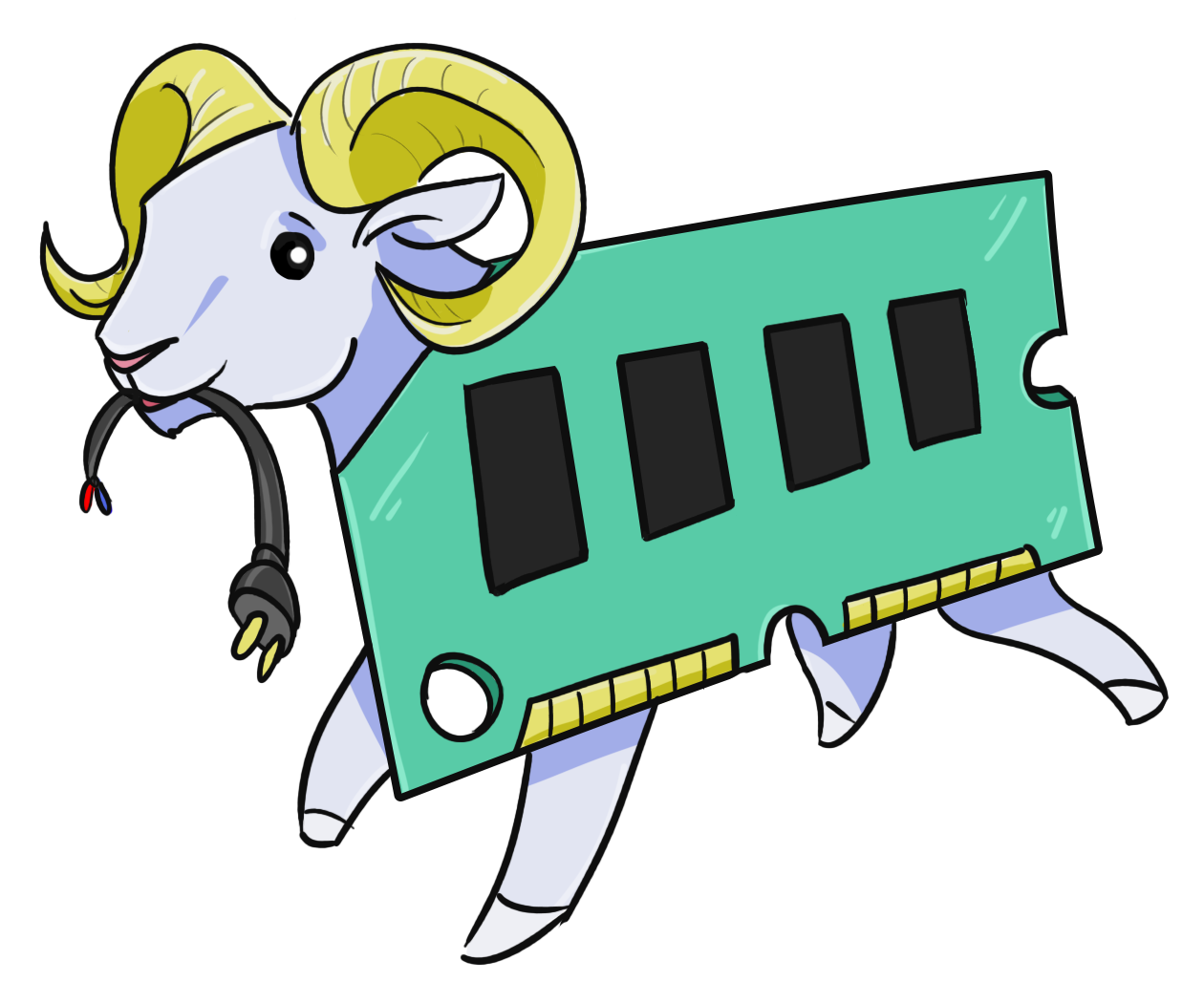 Treating my work as precious

There are a lot of reasons contributing to less activity from me, but I think one of the major ones is that I've been treating all my blog posts like they have to be precious. They're not posts, I'll think, they're articles. It's not a blog, it's the writing section of my site. It feels weird to have a short, low-effort post about how I'm doing, what I'm doing, or something personal next to a massive diatribe about the event loop or everything you might want to know about CSS fundamentals.

It's weird that I feel weird about that, considering it's my blog, so what else could or should it consist of aside from whatever I want to put on it? There are no sponsors, no affiliates, no guest posts, I'm not selling you anything, I have no set writing schedule, it's just whatever I find interesting and whatever I'm working on. If that ends up being scales on the chromatic accordion, or a list of shortcuts I use on Photoshop, or a blog roll of personal website designs I enjoy, or how my day is going, that should be completely fine. Look at kottke, nothing is too precious for his site.

So I'm writing this post to give myself permission to put whatever I want on the site. One thing that held me back is that I have around 13,000 newsletter subscribers, and I felt like I didn't want to bother them, so I was neither posting nor sharing anything that I didn't deem big or important enough. This means that months go by without me sending out a single email.

But then I had the thought - so many companies spam me all day with content I don't want in the attempt to get my money. It doesn't matter if I uncheck the "send me promotional materials" option, I'll get those emails. No matter how hard I work towards having a perfect inbox that doesn't get any spam where I only get personal emails, important emails, and a few newsletters I actually sign up for, this impersonal, useless content still manages to sneak through.

That doesn't mean I shouldn't respect your inbox, but once again - it's not quite as precious as I'm making it out to be. I'm not sending out an emergency push notification to your phone, I'm sending you an email that you can read at your leisure. Personally, I'd rather get an email in my inbox from a random, genuine person online talking about whatever interests them on a semi-regular basis then the vast majority of emails I actually receive. Anyone who isn't interested is free to unsubscribe. It's not a big deal. What do you think?

Another thing that affects me is burnout, which is honestly something I've been dealing with on and off for a long time. I have a lot of methods for managing it. Mostly I try to do my best to not look at code after 5pm on a workday, and I usually don't look at code at all on weekends.

Like anyone else in the field, I get imposter syndrome. The fact that I keep my coding to a minimum during non-work hours means I'm not familiar with the latest and greatest in my field. I've never tried out Rome. I don't really know what Astro, Vite, and Quik are. I have no experience with Kafka. I don't know if webpack is old and crusty and I should be using something else for my bundling. Since I'm focused on front end at my current job, my SQL, Node, and backend architecture skills are not progressing and are being replaced with other things, like a recipe for Chicken Masala or how to play Waltz No. 2 by Shostakovich. Not to say that I haven't picked up anything new - I made keyboardaccordion.com with Svelte this year, for example, a language I hadn't previously used for anything.

One thing I have is a confidence that I can jump into a new project or language or framework and learn whatever is necessary and relevant for me to succeed. I live by the mantra of "You don't need to know anything". You'll figure it out when you need to know it. This is not necessarily something that is tested in coding interviews, however.

Anyway, it's easy for me to feel like I haven't accomplished much. Only seven articles for the whole year? Hardly any creative accomplishments? But then I look back over eight years of several side projects, and mostly consistent writing for both myself and companies in addition to having a full-time job and trying to live a life and be a person, and maybe it's not so bad. Maybe I can be proud of what I've done, and not be afraid to do something small or something new.

I wish taking a sabbatical was more commonplace. Actually, every time I think about it, I just think about the mess that dealing with insurance would be, and then I put it off. Hitting that reset button wouldn't be a bad idea, though.

The truth is this year did not get off to a good start, and it's been a little hard to bounce back from. As I wrote about earlier this year, one of my lifelong best friends died suddenly and unexpectedly. Most of my personal life and activities revolved around friendship with a few specific people, from vacations to video games to dinner nights and game nights and birthdays and everything else, so it was a big shock to my system in both personal grief and understanding my place in the world.

I've had to grapple with and think about death and existence far more than I wanted to or expected to, and at some points it has been particularly rough. The fact that I've been able to pretty much work full-time without much of a disruption and continue to be productive is actually quite surprising to me.

Oddly enough, I was sick more during the first half of this year than any other time in my life, culminating in a really horrible bout of Covid that lasted over a week and kept me bedridden. After that one, I haven't gotten sick again, so I'm hoping to go a nice, long while without getting sick. I'm sure a lot of the sicknesses had to do with all the horrible diseases and viruses floating around right now, but it certainly wasn't helping or being helped by my mood and situation, and it kept compounding.

On another note, romantic endeavors have been a wash this year. But I'm feeling much better about next year.

How things are going

This post has a pretty moody vibe going so far, but actually I'm feeling really good right now. Things have really been going well, particularly in the last few months, and I think it's important to take note of that. Keeping track of what you're doing when things are going well can be helpful to look at when things aren't going so well.

So a few things going on lately:

I don't want to get too detailed and into everything I've done this year, since I like doing the year in review to see what I've been up to, but this is a pretty good summary of what's going on lately.

I recently completed my battlestation, and I updated it to be a dual desk - one side for my WFH life, and one side for play.

Featured in this image is the PC I built during the early days of the pandemic.

Oh yeah, I've also been tweaking this website design incessantly. It's funny, by the time I make a redesign post, I've already tweaked the design so much that my before pictures from the new design aren't the same as the after pictures from the old design. Playing around with my design is kind of a procrastination tactic for me though, and I'm REALLY happy with it right now, so hopefully I can focus more on making stuff and less on the medium.

So there's just been a lot going on lately, between art, music, creativity, health, fitness, organization, and life. Well, I'd love to hear your thoughts, and I'll be planning on making more little posts going forward.